“Who would you be without your story?”    Byron Katie

My recent move from Encinitas, CA to Sonoma, north of San Francisco has been challenging, interesting, exhausting, and enlightening, with generous splashes of happy thrown in. After a mere month or two, while physically settled, I’m hardly that emotionally and psychologically. Yes, I have my core, my spiritual inner being, that feels pretty much centered, constant, with periodic inner tremors gradually subsiding. One of the most unsettling elements however is that of identity.

I’m Not What I Thought

I moved into a senior housing community in a little one bedroom apartment. It’s modest, decidedly unflashy, yet comfortable. While I’ve taught and immersed myself to a some degree with older people, having taught writing – and having written two memoirs of older gentlemen – I thought I understood certain qualities of the aging process, particularly since undergoing my own slow physical decline. Had I known that decline would slap me around through the move, I’d like to think I’d been better prepared but maybe not.

Just learning my way around this small town of 10,000 people has been disorienting and sometimes overwhelming, trying to find grocery stores, new doctors, and the like, while also attempting to identify what I want to do and with whom. You never know how much energy it all takes until you’re older, forging your way in a new community. I’ve had a lot of experience moving but less so from one georgraphic region to another, and not at age 65. Until now. This is different, harder and without benefit of what I’d previously perceived as whip-smart, fast-talking, fast-learning Rosalie brain delivered in a lively persona. Oh sure, I’ve known for several years that most qualities have slowed but it has never really been tested in any big way until the big move.

I had decided before coming to Sonoma that I wanted to live my life differently, more from the inside out than the outside in. Yes, I still want to write. But do I really need to define myself that way or even at all, let alone confine myself to a solitary definition? I had also decided I wanted to do something fun for a part time job, something different than anything else I’ve ever done in my life. A few weeks ago my son and his girlfriend and I were having dinner at a local eatery in town. There was a well-dressed woman about my age eating alone not far from our table. We struck up a conversation, she mostly with my gregarious son, with occasional exchanges from his girlfriend and myself. We learned a lot about her in a short time through her engaging personality, things like:

Naturally, she didn’t share all this information in bullet form. Rather, like most conversations, it was in narrative, story-like fashion as all humans talk, including me. With the MS detail however, my ears perked up. While I surely had been following the conversation all along, as a writing instructor, a writer of others’ lives and as a relentless story teller of my own life, her description of herself, circumstance and recent activities shifted for me. After telling us she had MS she quickly added “but it doesn’t define me.”

I’ve been following Byron Katie’s work episodically for quite some time. I’ve also been a spiritual seeker throughout my life, having dabbled in several paths along the way. About a decade ago I was introduced to Dr. David R. Hawkins, and have claimed him as my spiritual teacher and his work as my rock and my compass. This is brief context for what follows. Having heard this woman’s comment “it doesn’t define me” I have been unable to not have that sentence reverberate almost everywhere I go and with almost every new person I meet since that evening, let alone with every story I tell of myself or listen to from others during the ‘getting to know one another’ process.

Now I have “defined” myself in many ways over the years. I have identified as the star, or in all too many cases, victim, of my own story. Most people I’ve ever met do this so I do not feel alone, mitigating some degree of embarrassment about it. But lately I have become bored with it, exposed to my own small self, choosing the witness-observer role instead, ready to let go of, or at minimum, detach from so much me, me, me-ness. Focusing myself, how to position myself, promote myself (or my opinions!) has worn me out. Not only that, it’s embarrassing. Quite simply, I don’t want to “be” that anymore, seeking instead to shed the behavior.

Ultimately, I am the only one responsible for my own storytelling–bragging self-promotion, identity-building as writer, survivor of a Middle Eastern marriage, stalking victim, recovering alcoholic/addict, recovering hippie, recovering democrat, former public relations and marketing professional, dog walker, phlebotomist, writing instructor, descendant of the Mayflower’s financier, speed typist, single mom, divorce’, fat person, thin person, old person, young person and, and, and, why the list is endless! And while there are many other identities I’ve milked, NONE OF THEM DEFINE Me.

The Shape of Things to Come

I’m sick of all of it. I mean really sick of all of it. Who would I be without my stories? What does define me? I would be FREE without stories. None of the above defines me, None of it. The drama of a story and the storyteller is just that, drama, action, it’s about a perpetrator, victim, a savior and the saved no matter how large or small the story or the temporary context, or the style of the telling. Whether it’s a big story one gives in response to the query “these peaches are delicious, where did you get them,” or in the case of old, retired people, what do or did you do for a living, it’s always about some definition/identification of the small self, not the real Self. And while I still may need to tell someone I’m a freelance writer working on a story about……., detaching from it as identity or definition of the self has become critical for me. Writing is an activity one does, a verb, not a definition of a person really. Same with anyone’s list, and same with mine.

I am really grateful for meeting the woman from Alabama. One small sentence delivered in a new town, new situation, new context, has been a page-turner, chapter-turner for me. Please forgive the ‘writing’ metaphor. It’s only a construct, a representation or translation of experience, if you will, for people to connect with, to understand by. And though using it, my goal is still to detach from any identity implying value or self-worth, self-esteem, from it. After all, without my story, without any story with me as ‘actor’, star, participant, or victim I am grounded in the soul I’ve been given, that inner core which remains steadfast, unchanging, silent, God-given. And isn’’t that enough? 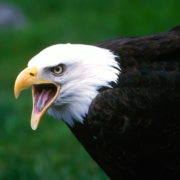 Where Is The Soul Of America?
2 replies

Want to join the discussion?
Feel free to contribute!

There Is a Spirit In Man

Fire and Brimstone
Scroll to top